Home » Uncategorized » Gun control, weapons bans … and get yourself an F-15? – HotAir
Uncategorized

Gun control, weapons bans … and get yourself an F-15? – HotAir 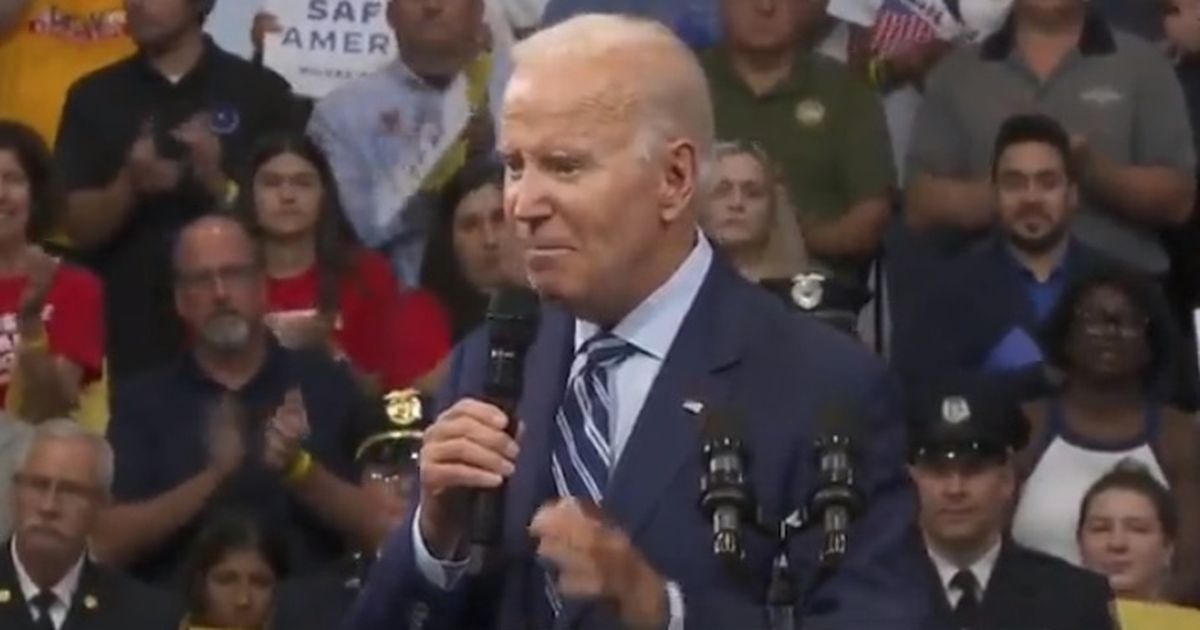 Just how desperate is Joe Biden to change the narrative in the midterms? In a cycle with inflation at 40-year highs and where American households have had their real disposable personal income shrink for five straight quarters, Biden went to Wilkes-Barre, PA yesterday and talked about … an assault-weapons ban. And just to make sure that he remained coherent, he sarcastically recommended that “right-wing” Americans buy F-15s instead:

Biden: “For those brave right-wing Americans who say [the 2nd amendment] is all about keeping America independent and safe, if you want to fight against the country, you need an F-15. You need something more than a gun.” pic.twitter.com/Kz8e62vR8E

Bear in mind, as many did on Twitter, that this is the head of the same administration that has prosecuted rioters (and others) from the January 6 debacle on the basis of it being an “insurrection,” none of whom were armed with “assault weapons,” let alone cannons or F-15s. You don’t need an F-15 for Biden’s DoJ to make that assumption, apparently.

This desperate attempt to otherize Democrats’ opposition with the broadest brush possible was notable for what it eclipsed. According to the White House transcript of the speech as delivered, Joe Biden mentioned the word “gun” 25 times, “assault weapons” three times, and even “cannon” once in his oft-repeated, oft-debunked argument for gun control. “Weapons” gets nine separate mentions, too.

But what didn’t Biden mention in his speech?

Joe Biden literally spent 45 minutes on a stage without addressing the main issue on voters’ minds in this election cycle. He never once addressed the economy, not even to promote his flim-flam “Inflation Reduction Act.” He spent nearly all of his time on gun control, a tertiary issue at best for voters in this cycle.

Biden did mention the border once in the speech, which should have been an opening to discuss immigration and the border crisis, which is a strong secondary issue. But even then, the only context for the border was this attempt to tie it back to gun control:

Say — can’t we stop human trafficking across the southern border into the US? Perhaps if Biden took border security seriously, we could solve both problems. This is a breathtakingly nonsensical complaint to make while border states are experiencing unprecedented waves of human trafficking across a border that Biden refuses to visit, let alone secure. He also mentioned fentanyl three times, including a mention of the “deadly fentanyl trafficking that’s poisoning communities across this country,” without bothering to note that the Biden border crisis is a major reason why that trafficking exists in the first place.

Biden also spent some time on crime, which is a major concern for voters in this cycle. “Crime” got eight mentions, including this rather risible claim:

BIDEN: “When it comes to fighting crime, we know what works.” pic.twitter.com/COekZVA1wL

Really? Biden’s been in office for eighteen months; Democrats run almost all of America’s major urban centers. Democrats in and out of the Beltway spent a full year flogging the “defund the police” movement. Did that show anyone what “works” in fighting crime, or did it instead show us the sheer idiocy of forcing law enforcement into retreat? Biden might want to go on offense on crime, but the past two years of rioting — and yes, insurrections — in major cities, followed by rapidly escalating crime rates, tells voters a much different story.

This speech by Biden may have him fired up, but he’s as incoherent as ever otherwise. What’s more, Biden and his team are hiding on the biggest issue of the midterms — the economy. They don’t have an economic message. They’re lost and in over their heads. The only strategy left is to obfuscate, but voters will want real answers and real accountability for this economic debacle Biden and Democrats have created. And if Biden and Democrats won’t talk about it, voters will pay attention to candidates who do.